Did I do that?

Wood stoves and fireplaces are still common fixtures in many country homes and some even in the city.   There is nothing like sitting by a hot fire on a cold night and watching the flames dance around the logs, it is almost mesmerizing.  There is about a thirty-day stretch in the fall when the weather cools and families light their first fire of the year, where our fire station would double its fire calls running to chimney fires.  Normally a chimney fire is caused by a buildup of creosote and can be quickly extinguished, however, a large creosote fire may cause the liner to crack, warp or buckle depending on the material they were made from.  When this happens, the once safe chimney is no longer safe and if used the heat may not just go up the chimney but could find ways into other parts of the structure through the damaged sections.  Chimneys should be checked regularly by professionals to ensure they are clean and safe to use.

On a cool November morning about 25 years ago we were dispatched to a house fire at one of our furthest response locations near Lake Erie.  We arrived to find a home fully engulfed in flames but thankfully we were assured that everyone had gotten out safely.  There were still a few problems as the home on the downwind side had sustained fire damage and would be the next casualty without immediate intervention.  While the first crew set about protecting this home the second crew started to work on the fire in the initial home.  It was about this time that a young lady obviously distressed came over to me and actually put her arms around me and started to cry.  This was somewhat unusual and I honestly didn’t know what to say, and as I was trying to direct firefighters, so it was a little bit inconvenient, however, I think at the moment it was important.  When she calmed down and gathered herself, the young lady told me how the fire came to be.

Her husband had left for work earlier that morning, so she was home by herself, they heated the small home with a centrally located wood stove and had been doing so since they moved in a few years earlier.  This morning like many other before it, she got out of bed and to take the chill of the house she went to light a fire but before she could do this, she had to remove the ashes from the day before.  For this, the couple had taken an old shoe box and covered it in tinfoil, they would empty the ashes into this and immediately take it out to a spot near the edge of the property and dump them.  This morning was no different, she emptied the remains into the shoe box and headed to the door.  What she hadn’t noticed was that the tinfoil had shifted a bit and included in the ashes were hot embers.  Hot embers can burn through a paper box quite quickly and as she was walking out of the house, she unknowingly was spreading embers along her path of travel.  By the time she had walked to the fence, dumped the ashes and turned back towards the house, the damage was done, and the fire had progressed to a point where it wasn’t safe for her to go back into the home.  As firefighters, we try to detach ourselves, as best we can, from the pain and heartache we see, but I have never forgotten the poor girl who had accidentally burned her home to the ground.

A lot of people enjoy and still use fireplaces and wood stoves, they are cost-effective and provide an ambiance that a gas or electric fireplace cannot.  Wood-burning appliances where designed and installed correctly and maintained properly can be safe and be an enjoyable addition to your home.

Have a Merry and Safe Christmas 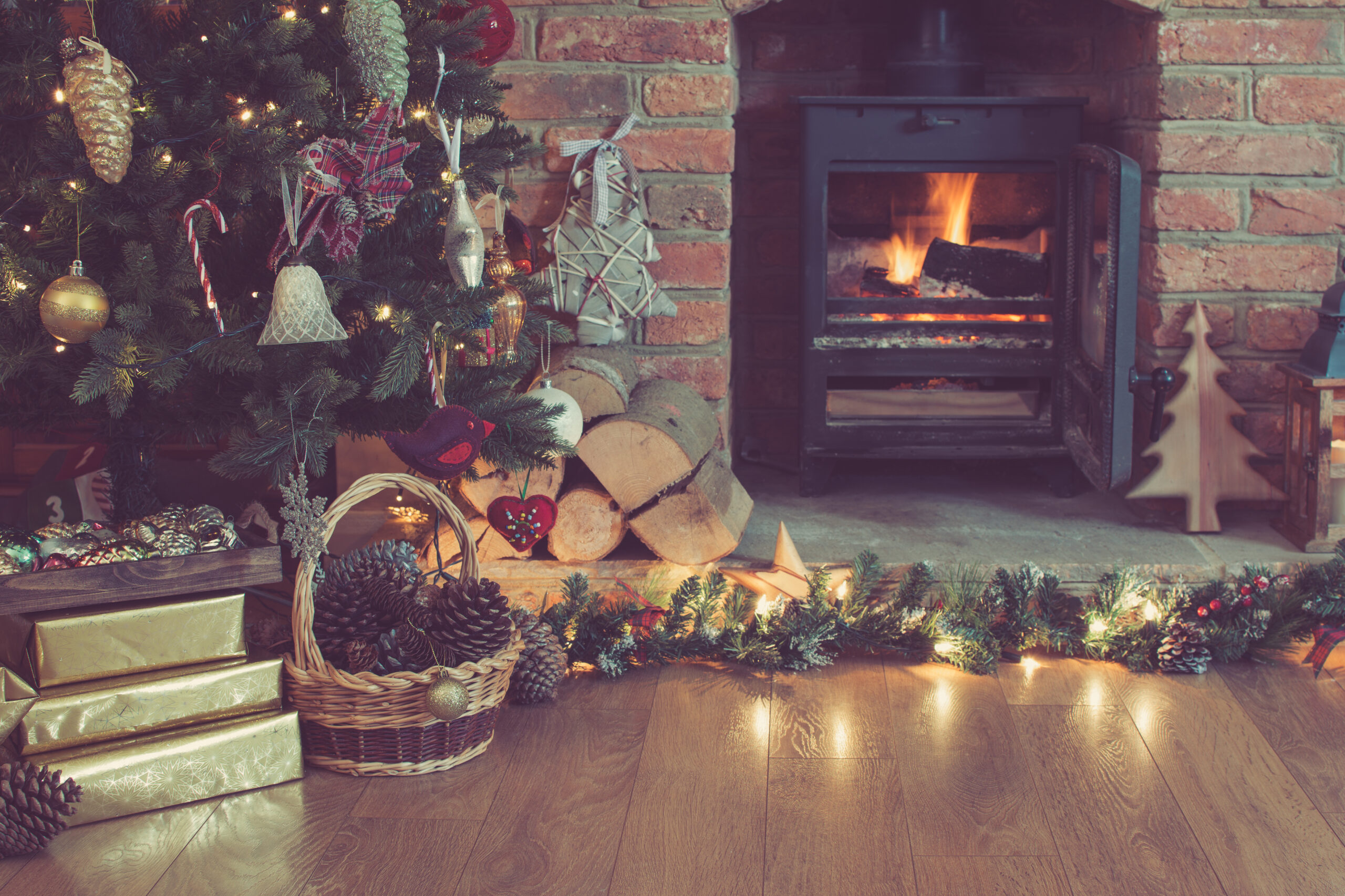 How Can We Help?

We’d love to understand your fire and life safety needs to see how we can help. Please reach out to us to schedule a conversation.

Return to top of page